To The Next Level

Everything you need to improve your game.

Armed and Dangerous Football Camp distinguishes itself from other training camps with experienced trainers who’ve played at the game’s highest level. These football professionals understand the importance of the fundamentals, preparation and mechanics necessary to excel in the game of football.

Our proven process helps quarterbacks ascend to the next level of play by thoroughly analyzing each quarterback’s throwing mechanics and footwork, building on their strengths, while uncovering areas for improvement. 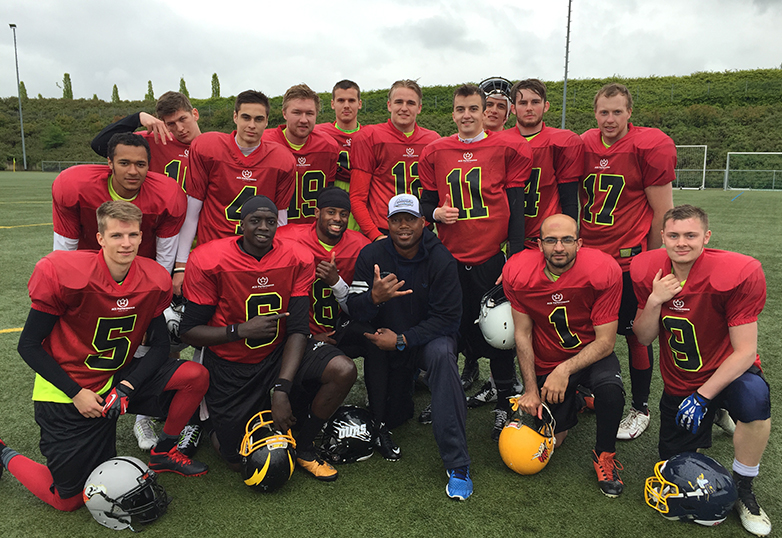 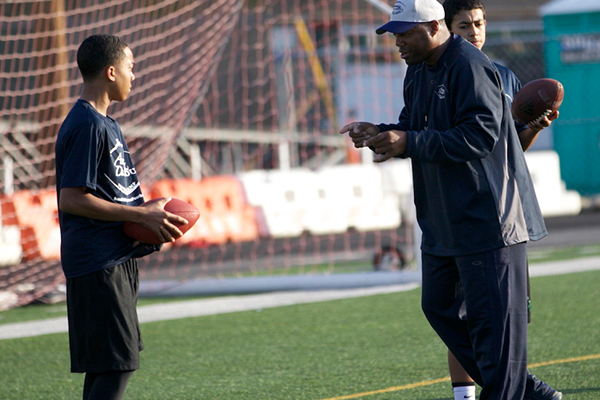 Why Steve is the best coach to train you?

Committed to mentoring players and maximizing their potential on and off the field.

Who exactly is Steve Calhoun? 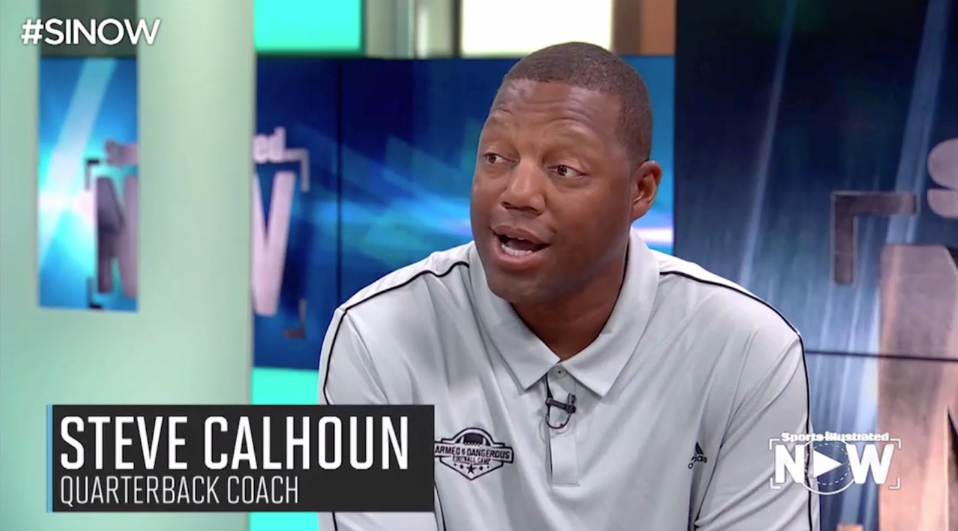 What people are saying about Steve Calhoun

“In January of 2010 my 12 year old son Richard asked if he could train with a quarterback coach. He had just finished a 10-0 6th grade flag football season playing quarterback and was excited. After a few phone calls, Steve Calhoun was recommended, so I called him and he answered personally. We agreed to start Richard that week. I thought we’d do a few lessons and then be off to something else.

Little did I know that I had just signed my son up with one of the top QB coaches in the world. Three months later, Steve recommended I sign Richard up for youth tackle football. That summer, Richard began workouts with his Junior All-American team, and that Fall started every game and played every down at quarterback.

With only a few months of training, Steve had placed Richard in a position allowing him to start over other veteran players. After 2 successful years of youth football, we transferred to Santa Margarita Catholic High School, a Trinity League Div. 1 program. There, Richard realized his goal of playing at the highest level of high school football, leading his team senior year to the quarter finals of the CIF Div. 1 playoffs.

Throughout he continued to train with Steve on a consistent basis, often working out with Div. 1 college quarterbacks and receivers. On Feb. 1st, 2017, Richard committed to Cornell University, realizing his dream of attending one of the most prestigious academic institutions in the country while being able to play Div. 1 football.

Steve Calhoun has been instrumental in helping to pave the road Richard is on. He has been a true friend and mentor to Richard as well as me (the deer-in-headlights QB dad). I thank him for all his efforts, encouragement, friendship, and for continuing to answer his phone personally, and we look forward to 4 more years.”

“Coach Calhoun started working with my son Patrick in 8th grade. Steve has been instrumental in Patrick’s development as a quarterback teaching him proper fundamentals and mechanics from the beginning.

“I have been training with Coach Calhoun for over 10 years now. He has taught me what it takes to be a successful quarterback in high school, college, and now the NFL. Coach Calhoun has not only taught me the physical aspects of playing quarterback, but the mental side as well. The attention to detail that Coach Calhoun emphasizes during every workout and rep has been extremely helpful for me. There is no other coach that I would have chosen to work with throughout my young career than Coach Calhoun, he is a huge reason why I am where I am today.”

READY TO TAKE YOUR GAME TO THE NEXT LEVEL?